This is a quick review of the Canāree. An indoor air quality monitor that you can carry around thanks to its compact size.

END_OF_DOCUMENT_TOKEN_TO_BE_REPLACED

I was given the chance to review an air quality monitor from a European company that is located in one of the most contaminated countries with the highest concentrations of particulate matter − the notorious pollutant which causes premature deaths and many illnesses.

Each year during the cold winter months, Bulgaria has the highest PM2.5 concentrations of all EU-28 member states in urban areas (I have the chance to experience it in person in Sofia). The reason is wood and coal burning. Senstate Technologies SC is a Bulgarian company with experience in the field of environmental issues.

The Senstate Urban Air Quality Station is a versatile and configurable air quality monitor with cutting-edge technologies on board, I will give you more information about it in a hot minute.

END_OF_DOCUMENT_TOKEN_TO_BE_REPLACED

It is very important to understand the strengths and weaknesses of both categories. It is also mandatory to recognize the fact that we will never get the exact same measurement from either category of sensors.

High-End Professional ambient air quality analyzers are used mostly by governments inside the air quality stations we have in most cities. Their strength is that they meet international standards for accuracy and they are certified by the EU (and similar bodies) to meet minimum performance requirements, in order to ensure that the measurement methods comply with the Data Quality Objectives set down in the Ambient Air Quality Directive (2008/50/EC) and in the amending Directive (EU) 2015/1480. Their weakness is that they require lots of energy to operate. In most cases, they are inside a fixed container with a refrigeration system to keep conditions stable. They are big and boxy in size and very expensive to purchase and operate. Additionally, they need constant maintenance by a technician. Another weakness is that in most cases these analyzers are not smart enough to broadcast measurement in real-time to the Cloud and they require other pieces of equipment to do that job, as a result, the cost of operation increases.

END_OF_DOCUMENT_TOKEN_TO_BE_REPLACED

Amazon, the big and multinational technology company which focuses on e-commerce has decided to enter into the game of indoor air quality in a rather surprising way. I will explain why in a minute.

In November 2021, Amazon announced that they will build and sell an air quality monitor. I was the first to discover that the monitor will feature the brand new SEN54 Node by Sensirion which is an all-in-one sensor solution for the measurement of particulate matter, volatile organic compounds (VOCs), humidity, and temperature. Amazon offered a great deal to Sensirion because the Node isn’t available to others yet.

By the way, back in 2018, I contacted Amazon for the development of an Indoor Air Quality Monitor, but they weren’t aware of the Indoor AQ situation then, however, in the pandemic they grasped the business opportunity. Indoor AQ is a huge deal and even though they didn’t collaborate with me (no hard feelings).

END_OF_DOCUMENT_TOKEN_TO_BE_REPLACED

In 2021, IKEA made available an indoor air quality monitor, which is very very affordable. I bought one because I was curious to answer some basic questions like how did they manage to build and sell a particulate matter sensor that costs only 14€ or US$12 but also how smart and reliable is it in relation to other monitors.

IKEA is obsessed with naming all their products with Swedish words, so the AQ monitor VINDRIKTNING (which I can’t pronounce) translates as Wind Direction. Obviously, they don’t aim to create names memorable to people’s minds.

Let me share a story with you. Long before covid19 (2018 if I remember well) I and a company I worked for, decided to pitch IKEA into building an AQ monitor as I saw their interest in air quality because they designed some photocatalyst curtains that neutralized VOCs back then. Unfortunately, they turned us down, but I think we planted a seed into them. Long story short in 2021 they released the VINDRIKTNING.

END_OF_DOCUMENT_TOKEN_TO_BE_REPLACED

Countless times, I have said that it is very important to monitor our indoor air quality side by side with the outdoor air quality. A collaboration between Airthings and Airly brought the best of both worlds, ambient air quality and indoor air quality monitoring in one place. Unfortunately, this solution is available only to the business customers but we can always hope that the demand will drive the feature to the consumer clients as well.

Why in & out AQ monitoring is important?

Our indoor air quality depends on many factors like building material, furniture, and indoor activities (cooking in a home or printing documents in an office, the perfumes people wear, etc). All of these factors will determine indoor air quality from the inside but indoor air quality is subject to outdoor conditions too. Vehicle traffic, marine traffic (in case you live near a port), wood-burning, industrial activities in the area, and wildfires are some of the reasons that will affect indoor air quality as buildings need to breathe or ventilate if you want.

END_OF_DOCUMENT_TOKEN_TO_BE_REPLACED

Someone may ask what more they can offer to an already saturated market of air quality monitors. The answer is simple: Experience! TSI Incorporated is a USA-based company with more than 60 years of experience and knowledge thanks to the 1000 researchers and engineers that work for the company worldwide. They hold more than 50 patents.

Recently, TSI released the AirAssure which is an IoT-enabled Indoor Air Quality Monitor (AQM) designed specifically for buildings that really need to have an in-depth and accurate view of the indoor air quality. The monitor comes in two versions the 4-gas and 6-gas variation. I am going to review the 4-gas AirAssure IAQM that comes with a Formaldehyde, Carbon Monoxide, Carbon Dioxide, and Total Volatile Organic Compounds sensors. Apart from the 4 or 6 gas sensors configurations, all versions come with a particulate matter sensor and a temperature/humidity/barometric pressure sensor. Also, a new CO2 and VOC model will be released this autumn.

END_OF_DOCUMENT_TOKEN_TO_BE_REPLACED 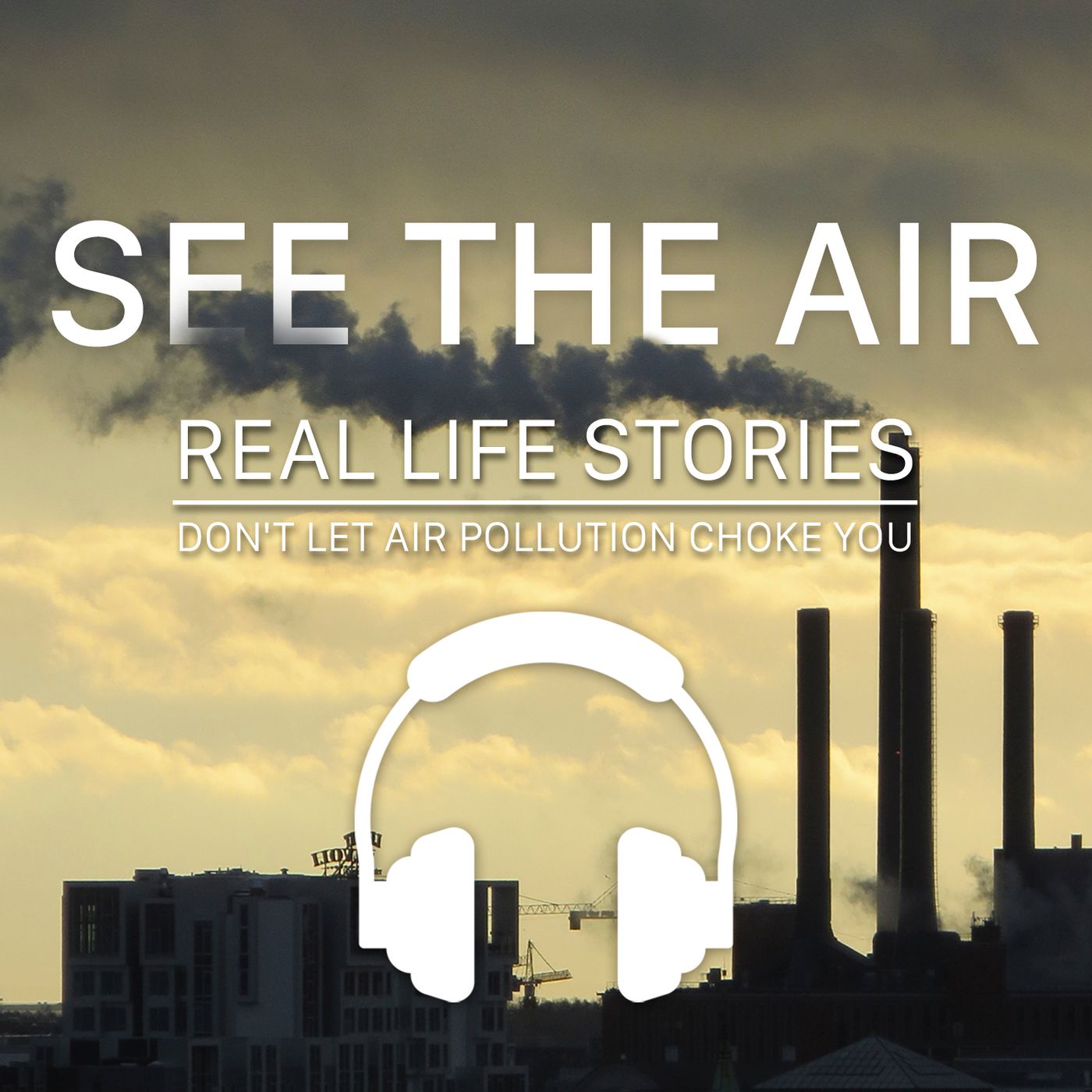 This is the last episode of season 1 where I answer your questions!

This is the last episode of season 1 where I answer your questions!

I have come to the conclusion that rankings of cities by air pollution are not accurate and they don’t reflect the real situation in large communities because if you are unlucky enough to have a careless neighbor that burns wood/garbage/etc or you live outside the Low Traffic Neighborhoods (LTNs) and official AQ stations are far away from you then you are screwed!

Basically, your health is a subject of what others want, and there is little you can do to protect yourself. You can always stay indoors with purifies all over the house 24/7 and unable to open a window for oxygenated air to come inside. That is not correct as your freedom to open a window or walk outside your house and the right to breathe clean air are taken from you.

There are many studies talking about inequality in low-income communities. In a recent study researchers have even identified the fact that there are less trees around poor communities than in high-income ones.

Politicians marginalize the work-class constantly by refusing to find solutions to their problems. Some laws protect us from air pollution but they are not enforced. So far scientists have gathered hundred of evidence that tells us firmly that air pollution kills – more than 7 million people have died prematurely worldwide due to air pollution. Personally, death doesn’t scare me, but living a life with many medications and unable to function as a human being (Alzheimer’s among some of the most common diseases) is my biggest fear and air pollution can decrease the quality of life. It is hard to quantify morbidity which means the condition of suffering from a disease or medical condition. This is not the future I want for myself and the people around me and you shouldn’t too.

END_OF_DOCUMENT_TOKEN_TO_BE_REPLACED

Recently, I shared an illustration that demonstrates, based on scientific research, how deep pollution particles can go into the human body.

Particulate matter (PM) are basically sneaky and invisible (to the naked eye) particles of various sizes that trigger inflammatory responses all over the human body depending on their size/origin and how deep inside us they can go. They are even able to destroy human tissue when the origin of the particles comes from the combustion of fossil fuel or biomass burning.

The smaller they get the easier it is to enter our bloodstream and affect every cell and organ in our body, even our brain. For this reason, it is very important to start monitoring the unregulated ultrafine particles aka nanoparticles or PM0.1 or UFP.